Four Ways to Avoid Being Scammed for a Green Card

American men are looking for foreign women. Unfortunately, feminism has created a toxic environment in our country and many men are opting for Plan B.  It’s now cliché to see an American man walking the streets with a younger (and skinnier) woman from the Asian Pacific. I myself have a foreign wife.

But there’s another side to the story. I’ve seen too many men fall prey to a duplicitous foreign woman. The bait is so tempting…genuine femininity, which most American men are starved for. She loves to cook, to dress nice, to wear high heels. She embraces her femininity to his delight. And before you know it, he falls like a house of cards in the eye of Hurricane Matthew. But then comes the bad news—she wants a divorce and she’s going her own way (usually to a foreign embassy to start the green card process).

So what to do? Well, nothing is 100% iron clad. But I have a few tips that can increase your chances of success.

1.) Maintain a Courtship of Two Years Before Proposing

Remember that a female scammer needs to work fast. The longer she stays, the stickier it gets (she might have to meet your family for example, which she wants to avoid because it humanizes you). So if she can rush you to the altar in three months—and then divorce you after six—the whole scam has taken less than a year. That’s an ideal situation.

Note that US immigration is hip to the scam—that’s why they make the fiancé visa a nine-month process. Lots of men come back from Thailand with love in their eyes. They begin the paperwork, but nine months later, their heels have cooled. Her true character has revealed itself. It happens a lot, so the government is protecting itself with an effective strategy—make the couple wait it out.

There’s a saying in Nigeria—better to look for a black goat in the daytime.  In short, it’s best to find an easy sucker. By taking your time—a minimum of two years—you limit the chances of becoming that sucker.

2.) Find a Woman in Your Age Bracket (No More than 10 Years Your Junior)

It’s common for an older man to seek a younger woman. No problem there. However, if you’re 55 years old, be suspicious of a 20 year-old woman that wants to be with you. The only exception is if you’re a famous, multi-millionaire. But that’s it. So unless you’re a Rockefeller, be wary of any woman who can accept this age difference.

You want a woman in her late twenties to early thirties; she’s less likely to pull a scam. Most women, even the most treacherous, dream of being married with children. They know that when they hit thirty, it’s time for Mr. Right—the father of her family. So if you seek a woman this age, you increase your chances of success. 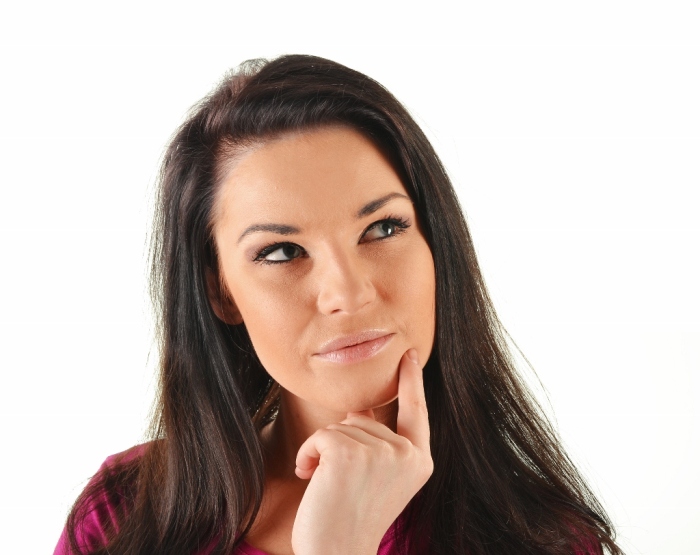 Men falter when they place too much emphasis on lust. They gotta have the “younger, hotter piece of ass.” That’s fine when you’re single. But remember that lust fades…eventually, you’re into the day-to-day trappings of a relationship. You need someone who you’re attracted to AND that you can trust. Finding a woman in her early thirties fulfills the latter.

I should probably put this number one. All roads lead to Rome, and Rome is the home of game. The male/female dynamic is universal, immutable. Eventually, all relationships become mundane…a day-to-day affair of routines and responsibilities. How you respond in the middle of this routine, in the day-to-day affairs, determines your success. Therefore, the attributes of game are essential: agree and amplify, amused mastery, etc. They’ll solidify your role as a leader of a family.

Critics will point out that many women get to the US, file a divorce, and find another man. Very true. But one question to ask is, “What attributes did the other man have?” Most likely, he maintained a masculine frame. He provided a definitive direction, a confidence in his Weltanschauung. He understood the essential chemistry of game.

4.) Keep Her in the Home Country

It’s best to live in your wife’s home country. I’m afraid that at this point, the feminist narrative has saturated all elements of American life: radio, television, schools, Starbucks, etc. Everywhere a woman goes in the West, she’s encouraged to denigrate her husband and her marriage. Living in a foreign country means that you’ll have fewer battles to fight.

The harsh reality is expatriation. It means that you’ll have to find a passive income; the good news is that now—more than any other time in history—this is possible. The internet has made “location independence” a reality. And there are so many hustles out there for a man in this regard.

The biggest obstacle for you is pride. You’re gonna ask, “Why should I have to leave my country? Why should I have to move away from my family and friends?” Truth be told…it’s not fair. But life changes, generations change, and the world changes. The Pilgrims set out for a better life and formed America, Europeans flooded into Ellis Island in search of a better life. The brave have always taken the road less traveled.

Today’s reality is harsh—the American man needs to move to the third world if he wants a better life.

Being married to a foreign woman is wonderful—if you play your cards right. But you have to be smart. Following the strategies I listed above will increase your chances of success. Granted, nothing is 100% secure. But life is like Las Vegas; your odds of winning are a statistical probability. So when you play blackjack, you want to hit on 10 and not on 17.

You want the numbers to be in your favor.