Filling in the Blanks 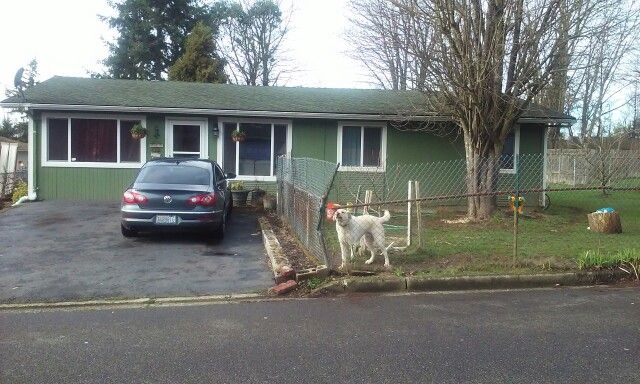 Recently, I was in Seattle for a few days and I was staying on the SeaTac strip. Out of curiosity, I drove by the former home of Gary Ridgway (aka, the “Green River Killer”). It was jut a few blocks from my hotel.

Ridgway is the most prolific serial killer in American history; he was convicted of killing 49 women…mostly prostitutes that were working on the Sea-Tac strip in the 1980s. Ridgway would solicit them for sex, drive them to his house, and strangle them to death.

When I passed by Ridgway’s old house, I saw that somebody was living there. I’m guessing that the owner of the house knows about its gruesome history. How could he not know?

We can say a lot about Gary Ridgway, or serial killers in general. Books have been written, movies have been made, etc. There’s even a morbid fascination with the subject in our culture – see the popularity of crime shows like CSI. Perhaps that’s a subject for another post. However, I will ask a question…the same one that went through my mind as I drove by Ridgway’s house:

Could you live in the former house of a serial killer?

For me, the answer is no.

The Major is a man of reason. I don’t believe in ghost towns or zombies. I laugh in the face of witch doctors. And yet, some things just give me the Heebie-Jeebies. In particular, l could not sleep in a room knowing that dozens of people were murdered there.

Clearly, the owner of the Ridgway house doesn’t care. He’s cut from a different cloth than Major Styles. Such is life. Each man does what he believes to be best. And yet, I think that there’s an important moral to this story (at least from my perspective).

Some people will overlook anything to buy a cheap piece of real estate.

See Related Article: Why Does Colombia Produce So Many Serial Killers? 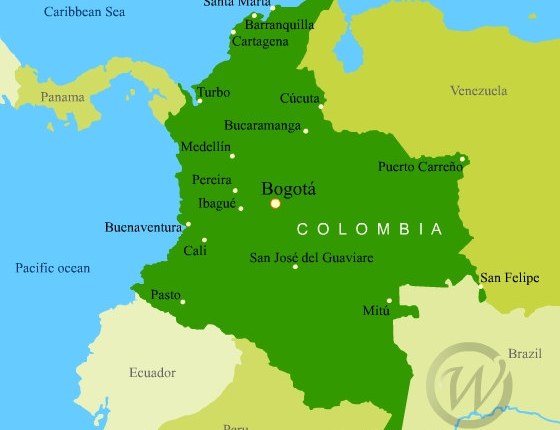 In December, I was traveling through Pereira, Colombia with my family. While I was there, I learned that Pereira was home to a grisly crime.

In 1998, the remains of 27 children were found in a vacant lot. Upon further inspection, the bodies were similar to others that were being found in Colombia at the time. Eventually, when all the numbers were tallied, around 150 bodies were found: they were all boys between the ages of 9 and 19. A few years later, an arrest was made regarding the case and the world was introduced to the most prolific serial killer of all time – Luis Garavito.

Out of curiosity, I did a little research. Here’s a list of the four worst serial killers of all time, as well as their countries of birth:

This obvious question…What the hell is going on in Colombia? Why are they producing these killers?

Garavito was a 42 year-old Colombian man of normal appearance.  He would lure young street children away, promising to give them work, candy, etc. Then he would rape, torture and strangle them. Garavito later said that he believed he was “possessed by demons.” He blamed his perverse nature on a physically abusive father.

But it gets worse…meet serial killer #2.

Lopez was also born in Colombia; in 1983, was convicted of killing at 110 young girls. However, much like Garavito, the suspected numbers are much higher (Lopez is believed to have killed around 350 young girls in Colombia, Ecuador, and Peru). Lopez would abduct girls from the mountain villages of Peru and Ecuador. Then he would sexually assault and strangle them.

Like Garavito, Lopez also had a problematic childhood; in particular, he was repeatedly raped and sodomized as a young man.  What’s more unbelievable about his story is that Lopez is currently out of jail. Colombia has some of the most lenient laws in the world, so Lopez was released from prison in 2002. He served only 14 years for killing over 100 women (roughly four months for every victim).

And finally, we have another monster…

Camargo is estimated to have raped and killed around 150 young girls in Colombia and Ecuador during the 1970s and 1980s. It was in Ecuador that Camargo committed the majority of his murders. Camargo would ask young women for help, pretending that he was a man in need of directions. They would walk together to a rural area where Camargo would subdue, rape, and kill them.

Like Garavito and Lopez, Camargo blamed his behavior on his turbulent upbringing. He was raised by an abusive stepmother that would dress him up in women’s clothing. Thankfully, Camargo was not only caught, but murdered in prison. So justice was properly administered in at least one of these cases.

Only one thing is obvious…Colombia needs a death penalty! All three of these men should be dead. No, not just dead…tortured and chopped up into little pieces. It’s what they deserve. The pain and anguish they have caused the victims, not to mention their families, can scarcely be imagined. I’m afraid that the leniency of Colombian law has backfired on its people.

To quote Nietzsche: “A small revenge is more human than no revenge at all.”